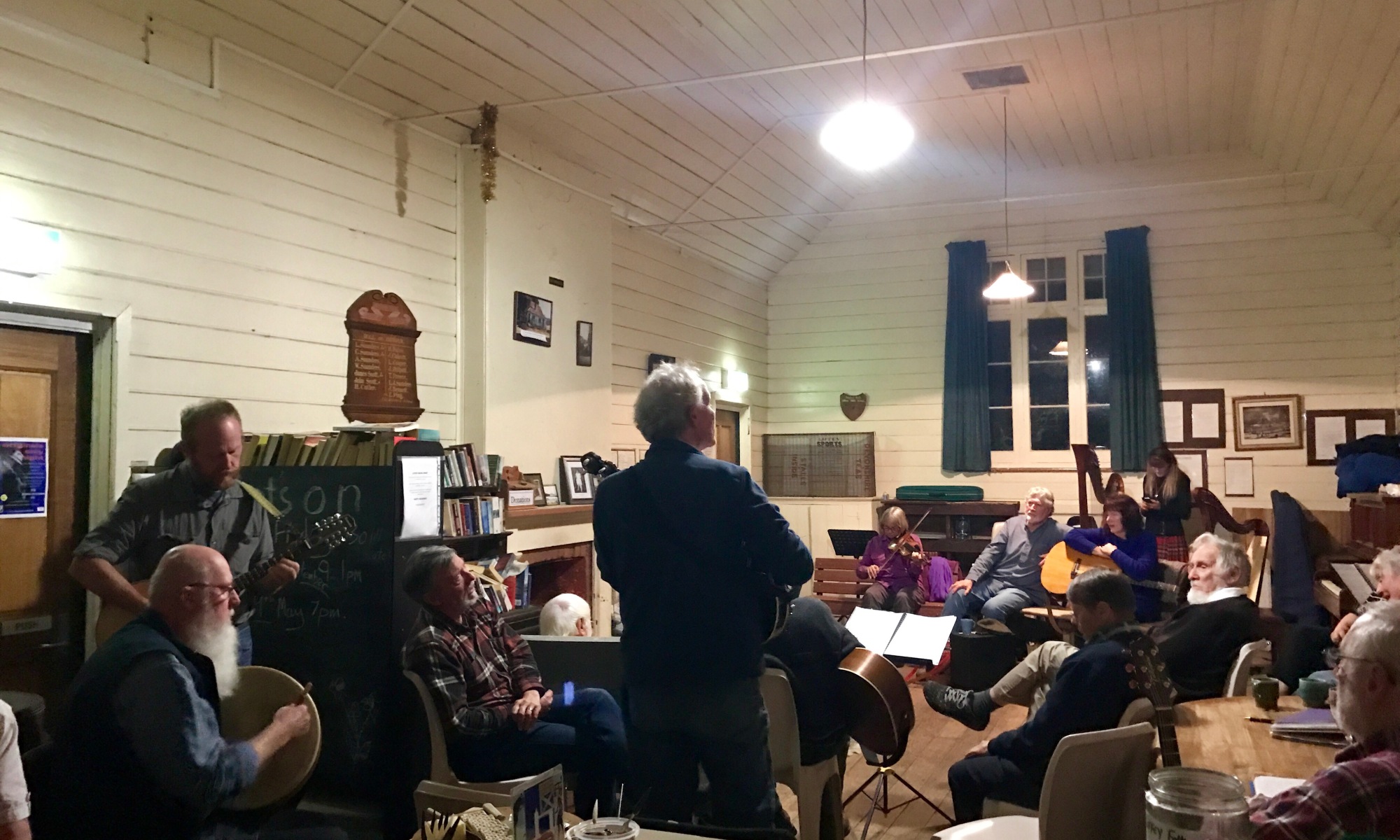 On the third Friday of every month at 730pm the Old Liffey School fills up for a bit of a folk music jam. The fire get chocked up the wine flows and everyone joins in.
Chris and I were obviously pretty keen to have a look, and we werent diappointed. Having a look around I couldnt think of any intruments that were forgotten. There were two harps, two violins, a few different kinds of accordian, various accoustic guitars, accoustic bass, banjo, blues harp, a lute (i think), one of those things you put in your mouth that goes “boinga boing boing boing”, and a bunch of others I probably dont know the name of.

Stories were told in between jams of times spent playing in grenwich village back in the day (before Dylan came obviously). White beards stroked over chuckles and black tea. Some amazing poetry told aswell. If we had been introduced to the country music listening, meat raffle, logging scene of Liffey, this was definately the otherside of the coin. We were hanging out with the environmentalist bohemians of Liffey, the legit hippys, the rebels of times past.
We stayed behind and helped Garry and Marie pack up over a few reds. Garry filled me in on the schools true history. “Dont believe the rubbish on the walls” he insisted. He told how he and his buddys started fixing the place up in the 70s which attracted the attention of the local council and the senior citizens club. Obviously thinking they were going to lose the building to the weird hippys they started fixing the place up themselves. Garry shared all his battles with them including the fight lost over the toilet block. Garry preferring wood to the cinder block building which now stands.
I think we are finally leaving Liffey tomorrow. Weve finally locked in some apple picking work down the road at Sassafras. Going to be pretty sad saying goodbye to Liffey, though im sure we’ll be back soon enough.