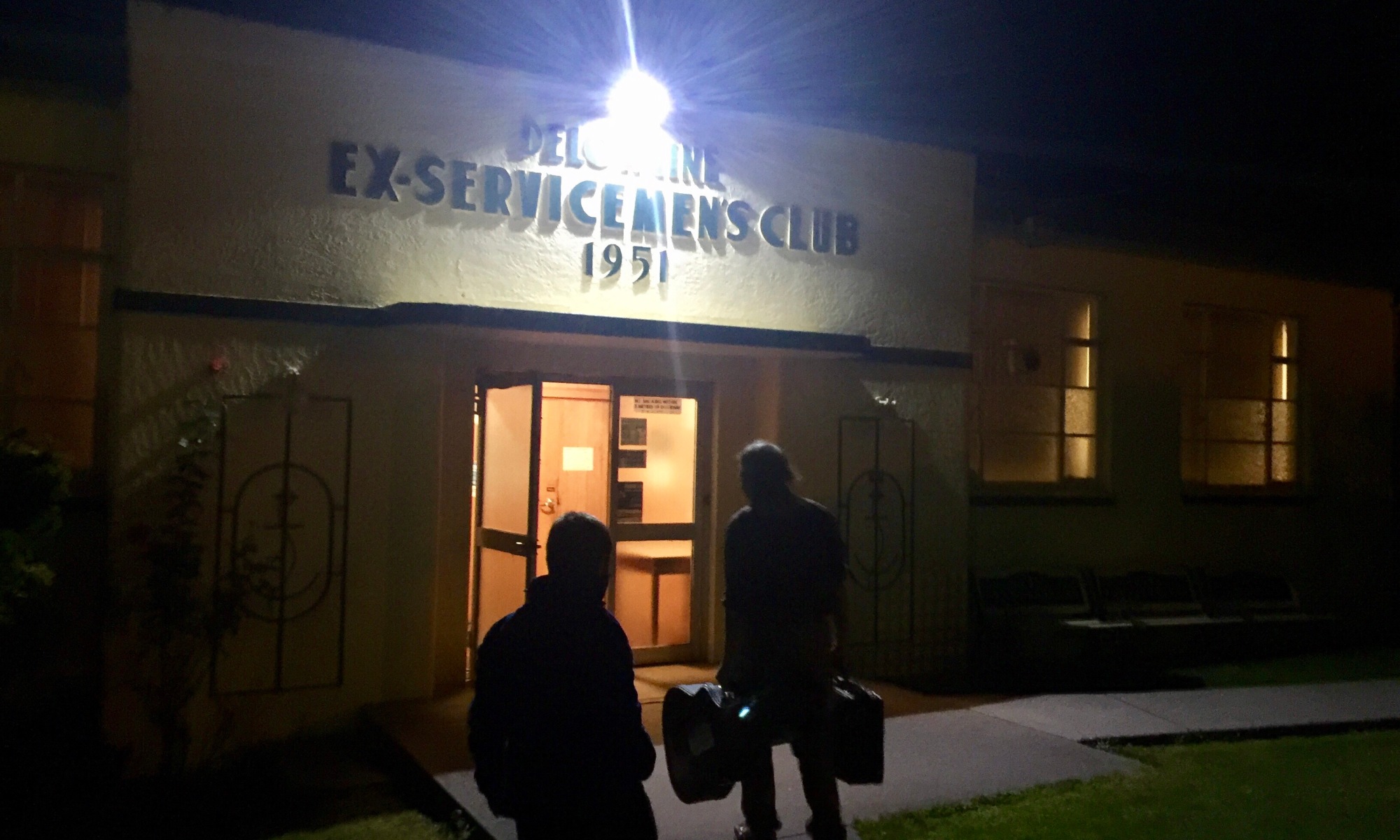 As it turns out Lindsay our farmer mate is quite the country music star in these parts. We obviously jumped at the opportunity to go watch him play a show. We could get a lift into town with him he said, but we’d have to stop off and pick up a load of bread for the chooks first. He warned us it would be a pretty big night and would probably go pretty late. What a great way to spend Easter eve we thought.
So we stopped in town and filled the car up with bread, also using the opportunity to grab some Easter goodies ourselves. Sammy had made $30 that day helping his dad move some trees with the excavator. He was pretty proud of his hard earned wad, but not nearly as proud as he was of the wallet it was in, featuring girls in bikinis.
What does a nine year old kid spend all his money on at Woolworths the night before Easter would you think? Well your wrong. Sammy loaded up on every Easter egg imaginable, $30 worth in fact, though not for him… It was all presents for his family. He also had a roll of wrapping paper and he was getting very stressed about having left it to late to wrap them. “Don’t worry mate we’ll help you get them all wrapped at the RSL” Chris reassured.
So it turns out this night is a pretty big deal in the area for any country music fans. There were about 7 or 8 different artists who had come from all parts of Tasmania to take turns singing a few songs each. This is a monthly event in Deloraine. Lindsay wasn’t lying about it being a big night either, these guys rocked hard right up to midnight, stopping im guessing only because of the Easter commitments they had with their young, “square” familys the next day.
So Chris and Sammy got to present wrapping and I got a chance to meet a lot of Lindsay’s mates. There was Vera, who seemed to be in charge of the evening. She sang from her seat mostly with her walking frame parker next to her. She was a sweet old lady and a little bit cheeky. I got the impression she would of gotten up to a bit of mischief in her time. There was Tom who helped out with the backing band all night he worked with Lindsay a lot and helped a lot with job ideas in the area for chris and I. There was John who had one eye due to a rabbit shooting accident, I found out later it was john who gave us the pile of Easter potatos (they were in exchange for a few loaves of bread I think). “Whos the guy up there that looks like Willy Nelson?” I asked Lindsay, “Oh thats Jim” he replied, apparenlt Jim hadnt been the same since Vietnam.There were a whole lot of others whos names Ive since forgotten. Each one I met though, reveled in the chance to sing Lindsays praises, noting his genuine kindness and generosity. They were all quick to point out we were in good hands.
After Lindsay played a few tunes he sat down with me and showed me his music folder. It was filled choc-a-block with country songs with chords scribbled left and right. He took pride in showing me a newspaper clipping where he helped a primary school win a guitar by writing a song and winning a competition. The song was called “hard working bushman” (obviously). There was a clipping from a magazine of his father next to slim dusty “can you tell the difference?” The article asked.

There were songs in there he had written himself. One he wrote and sang at his fathers funeral, another for a son that died at 12 years of age (I think he said it was this incident that made him start to learn guitar). There were also folk parodies and protest songs he had written I was pretty amazed. My favorite was the “Rip Rip Woodchip” parody, “Rip Rip Dole Slip” which took aim at the lazy anti logging protesters, telling them to get a job and how the logging industry is sustainable. Holy fuck I thought these are anti-protest, protest songs, amazing. I wondered if I should mentioned my own fathers years down here chaining himself to trees in the 70s and 80s? Perhaps not.
It was quite clear this wasn’t just a songbook to him. It was a special folder where he kept things that were important to him. It seemed more a scrap book of mementos. He showed it off with pride, pride in what he had written, pride in where he came from, and pride in telling his story. It was about then I had a splendid idea for a gift Chris and I could give him for looking after us so much…
NB. In the photos below I slipped in a picture of “Rip Rip Dole Slips” lyrics as they are pretty funny and im sure he wouldn’t mind. I left out the other songs he wrote about his family members as they are pretty personal and I don’t think its my place to share with the world. 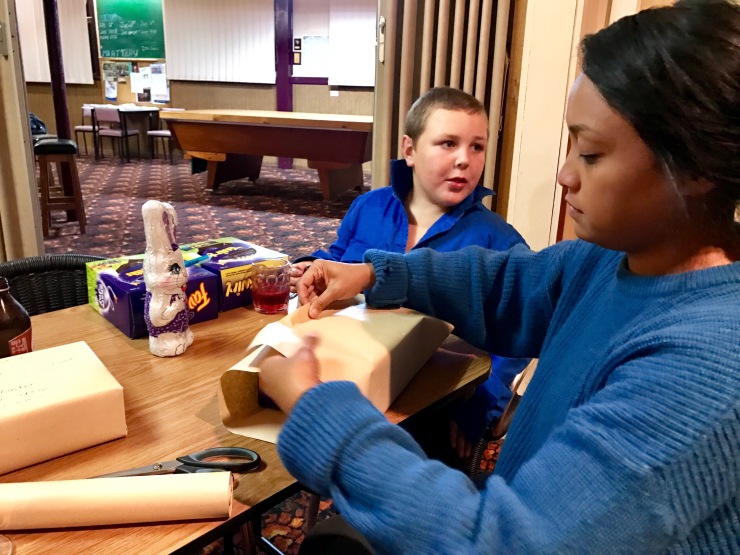 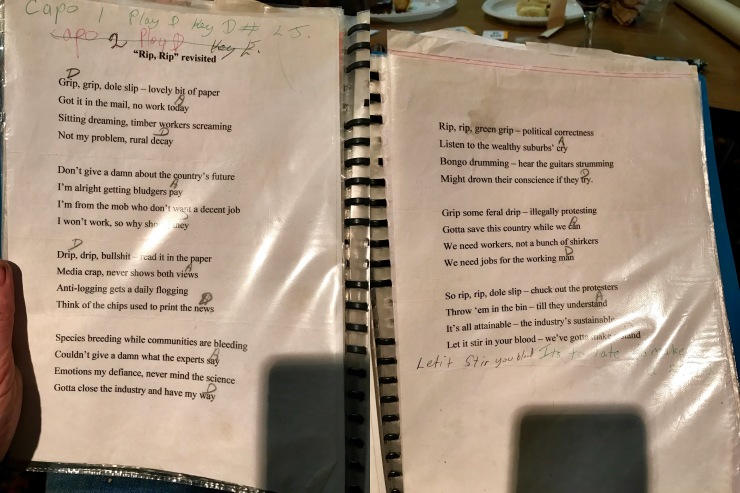 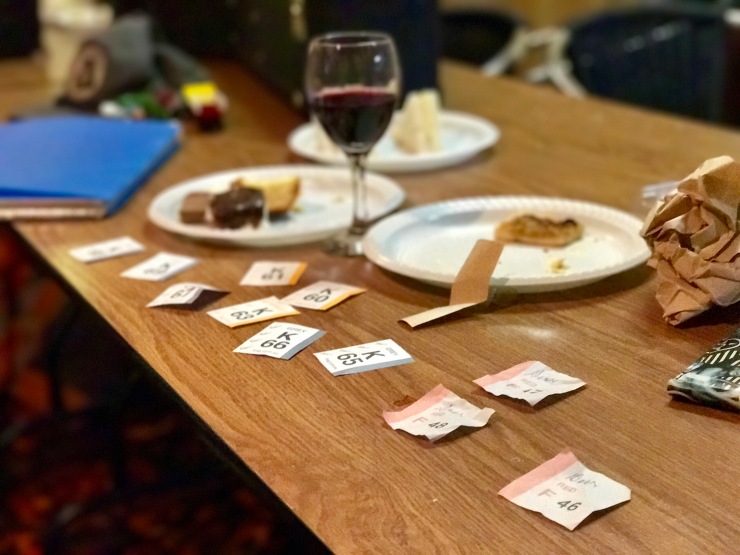